Since the interface-editing golden years of, eh, 2009, I’ve always been changing the way my desktop looks, be it through editing system files (this died with Snow Leopard, unfortunately), Geektool, Bowtie/Ecoute themes, and Adium themes. Here’s a five-year journey through CloudApp and my changing tastes. Starting with… 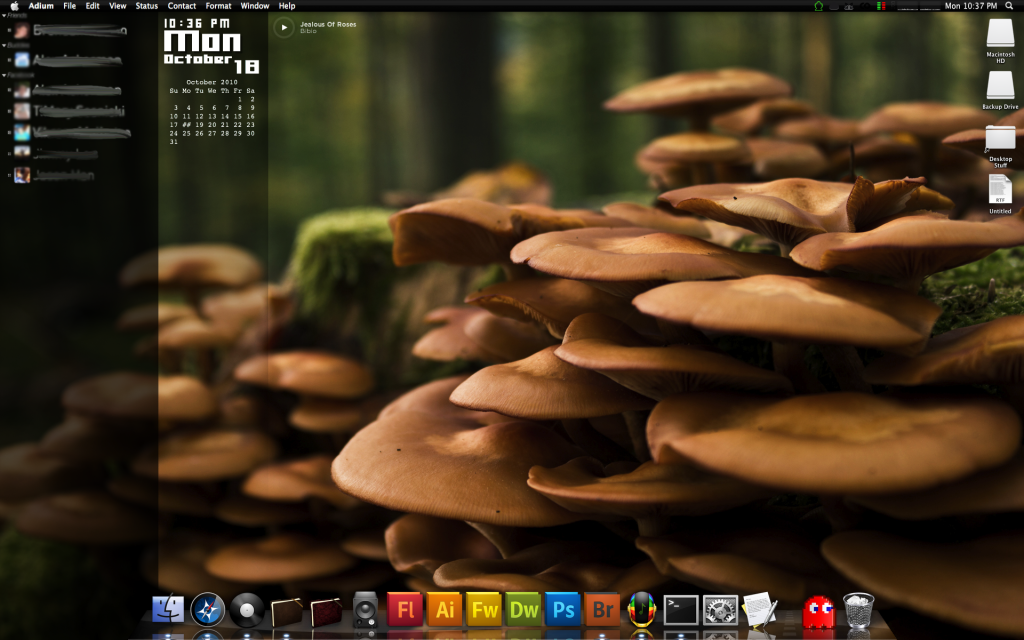 The oldest extensively-customized screenshot I have. Pretty gross. I made the folder/drive icons, never released them anywhere though. 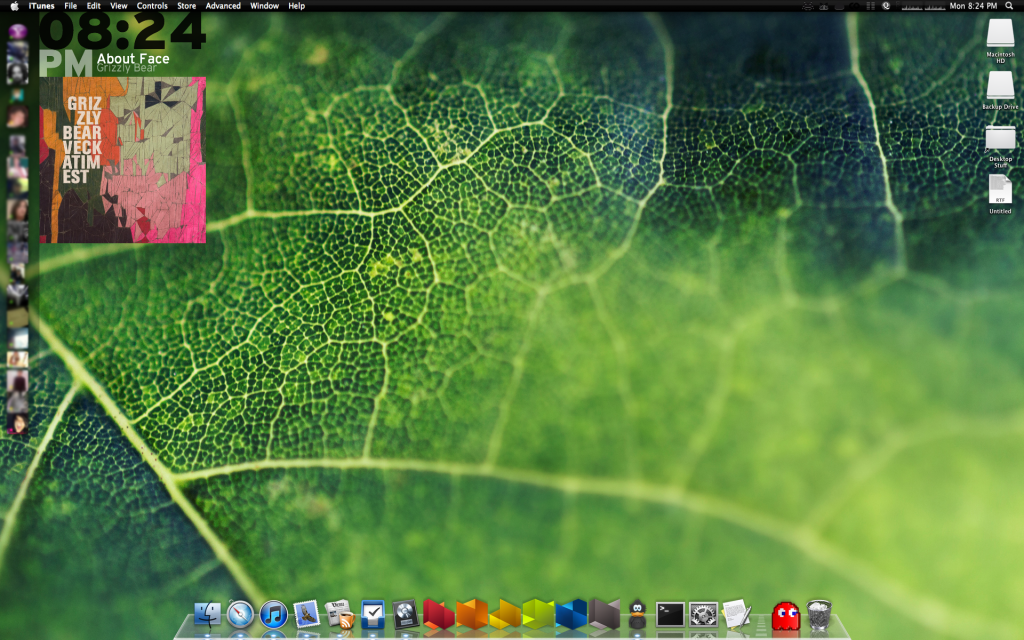 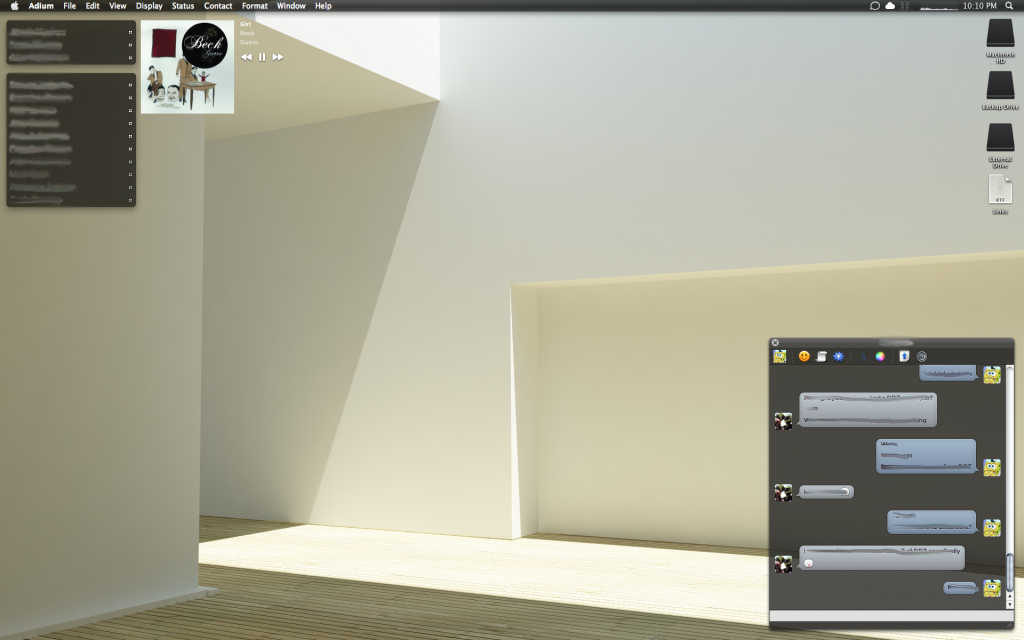 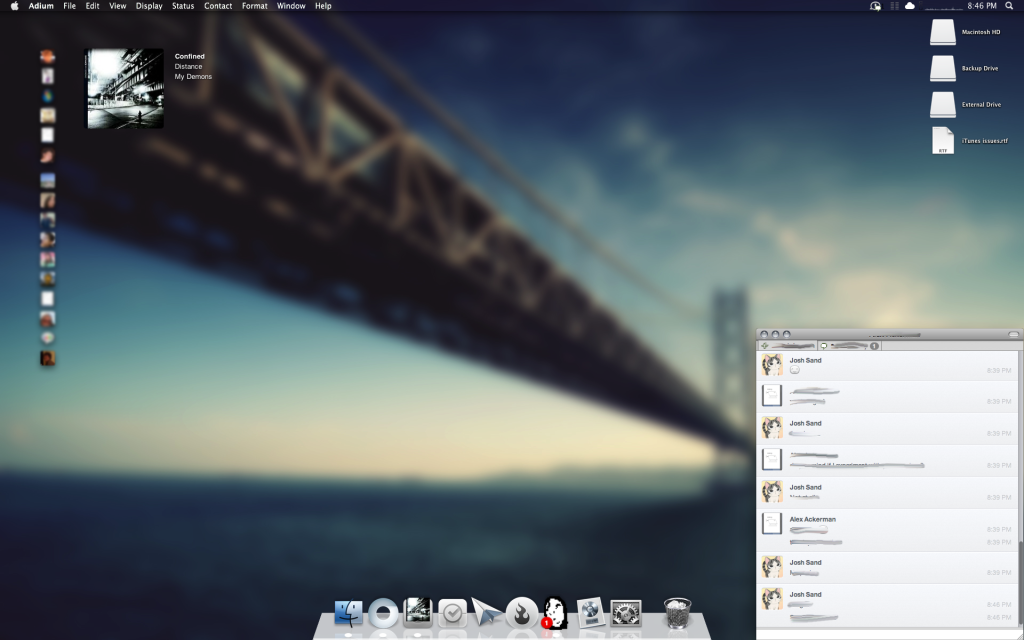 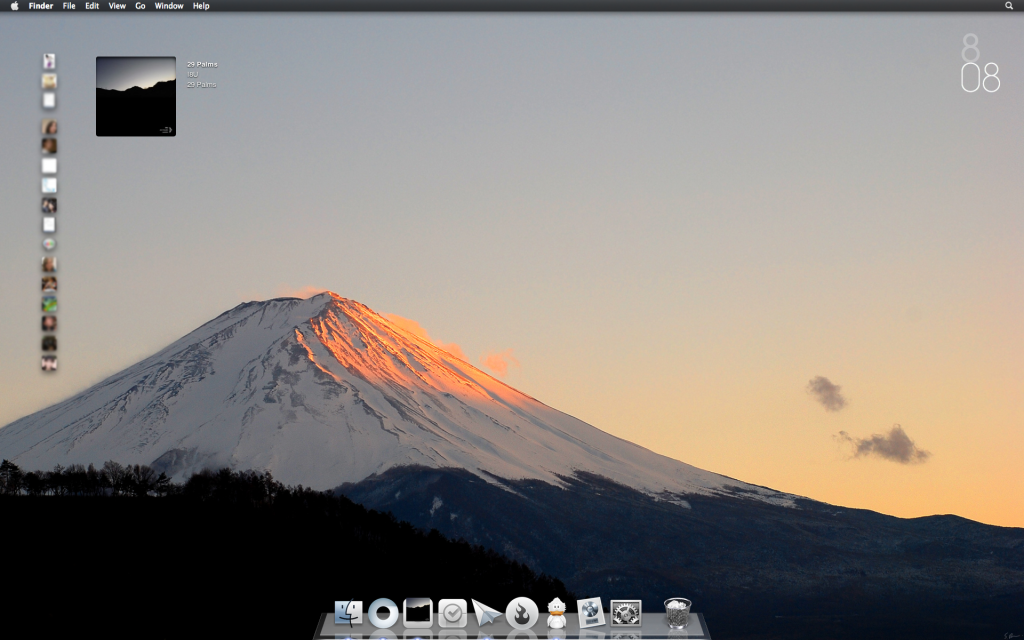 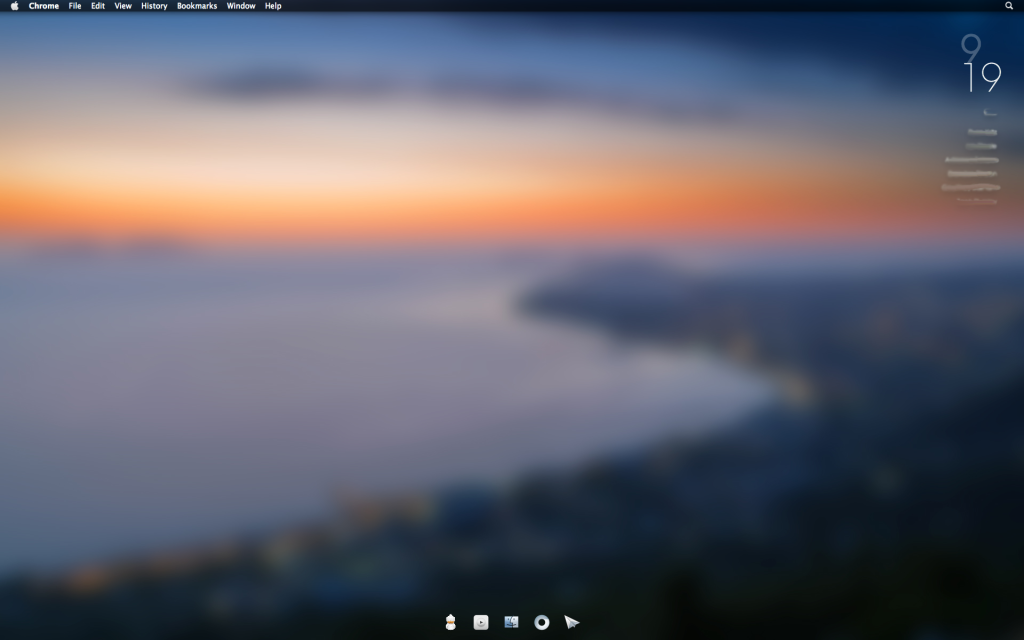 Pretty as it was, DragThing was horrible to actually use. I only turned it on for taking screenshots. 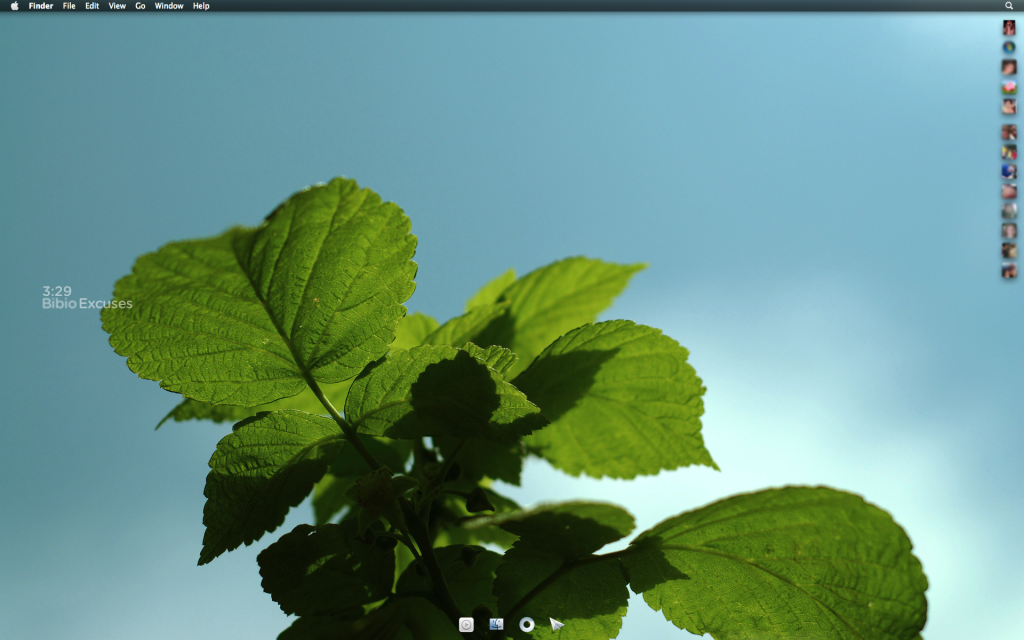 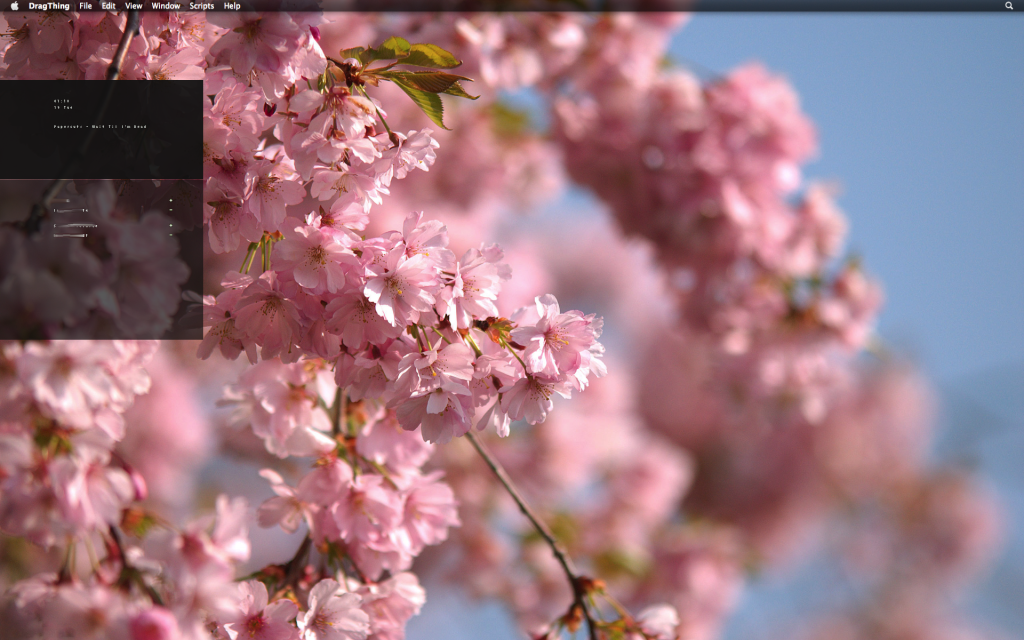 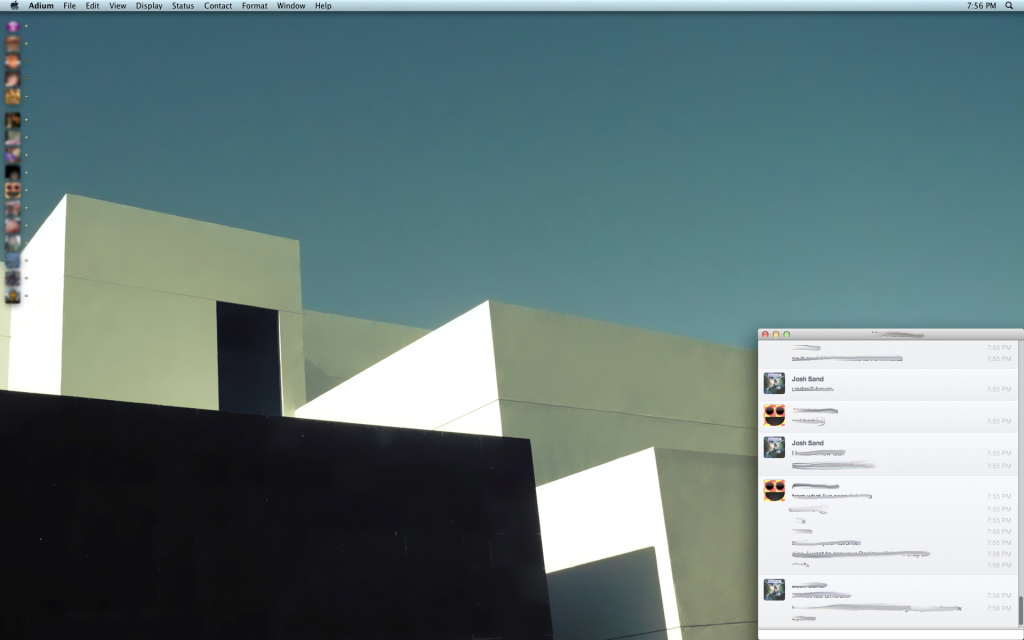 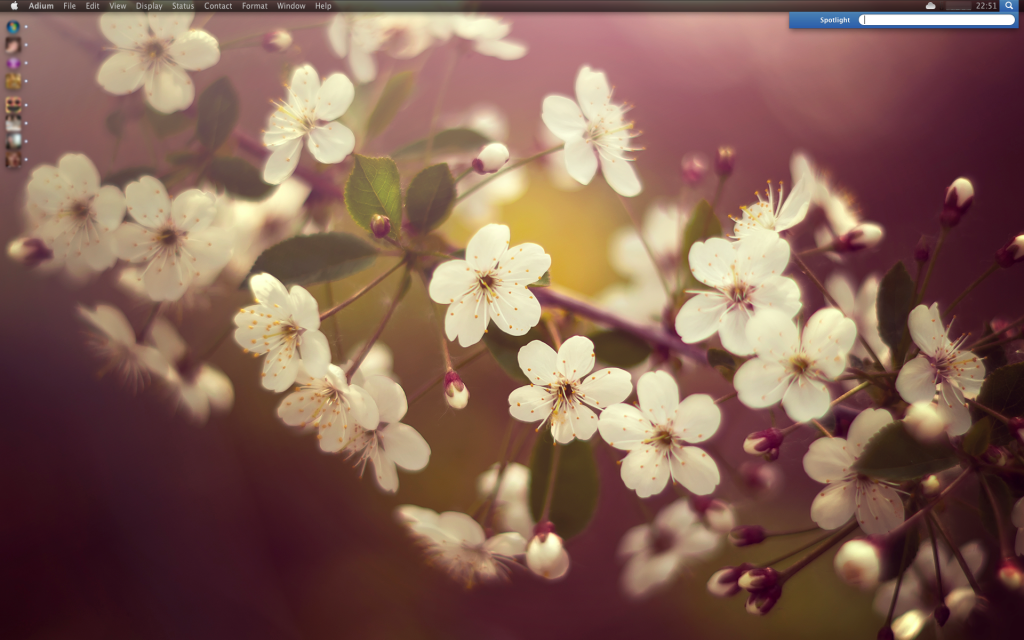 I edited both the menubar files and the highlighted blue section. The only thing I miss Snow Leopard for. 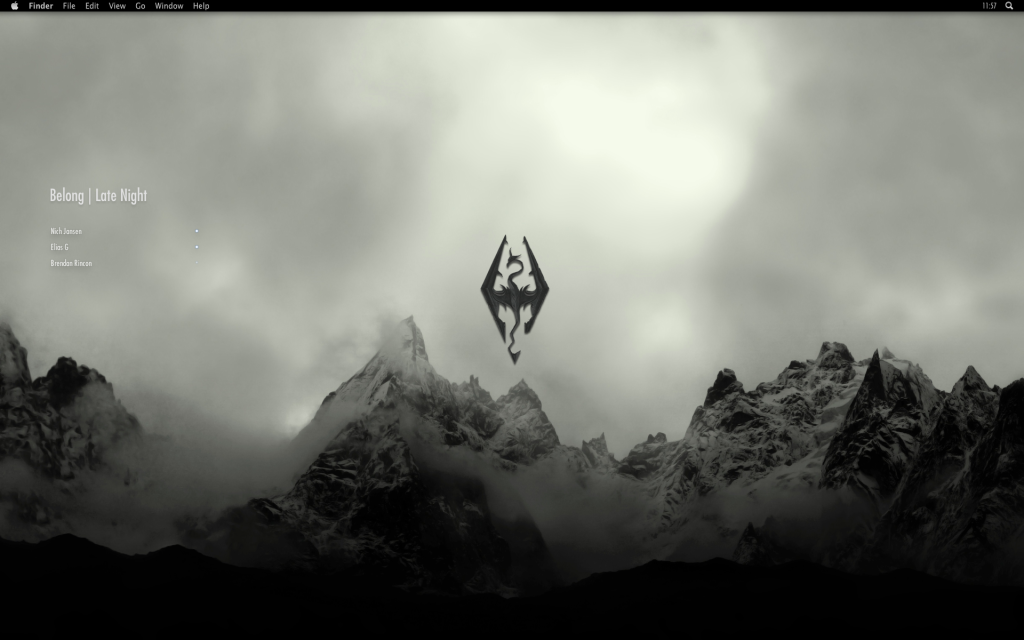 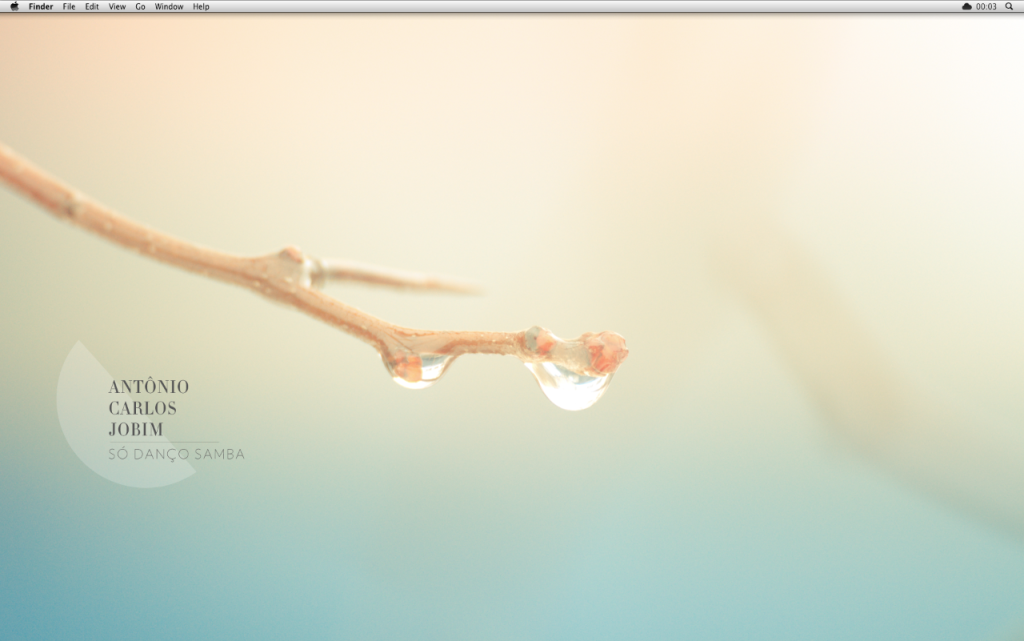 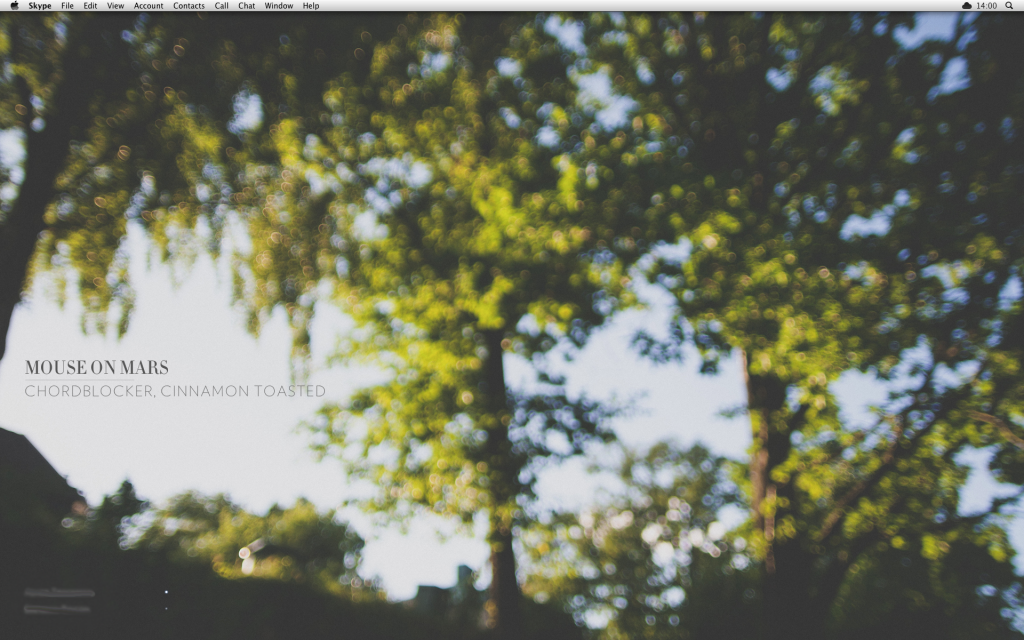 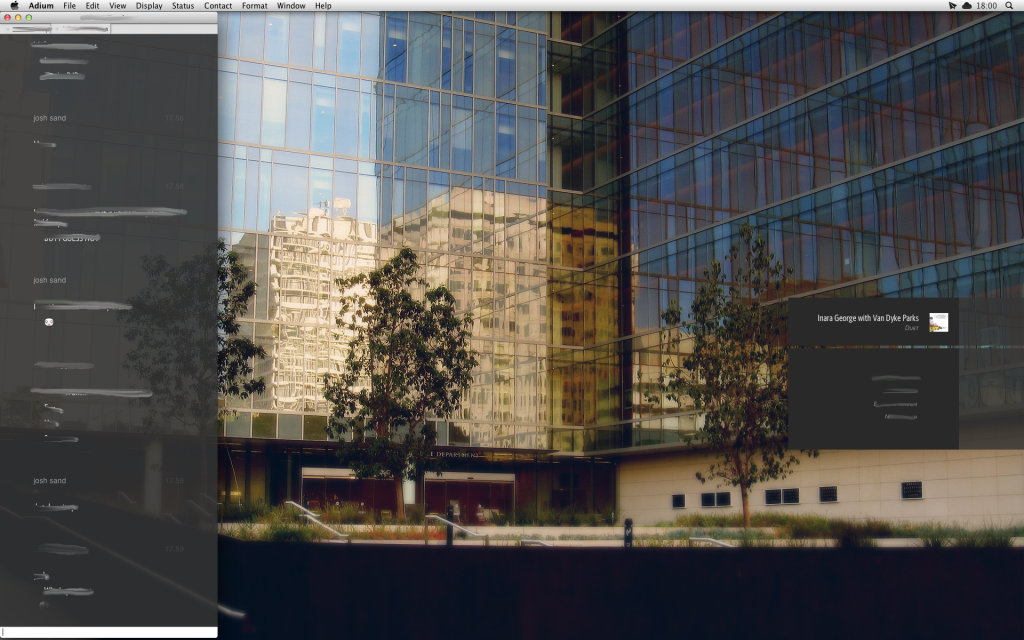 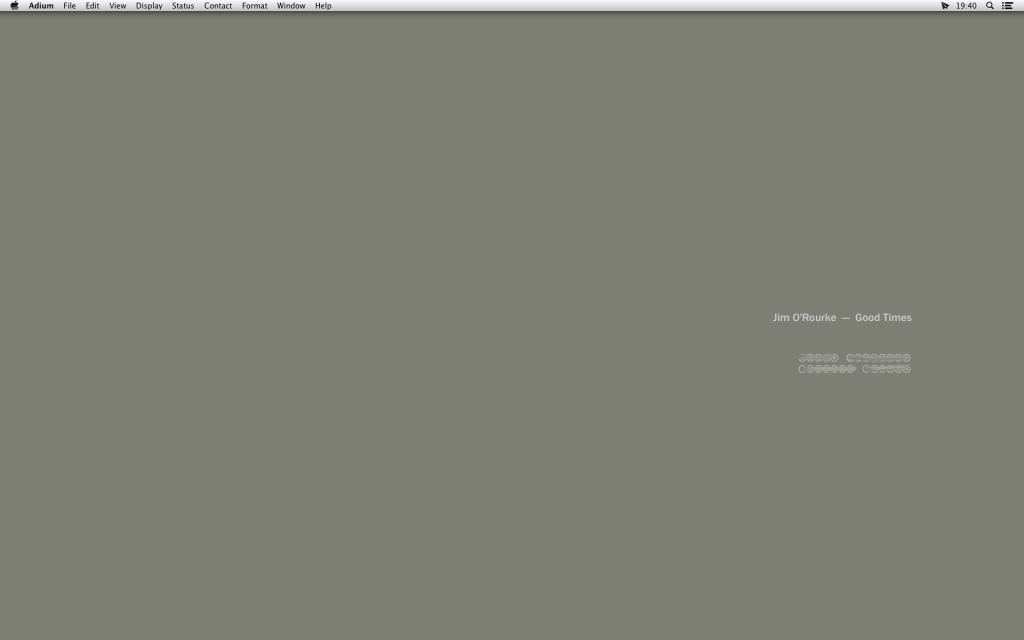 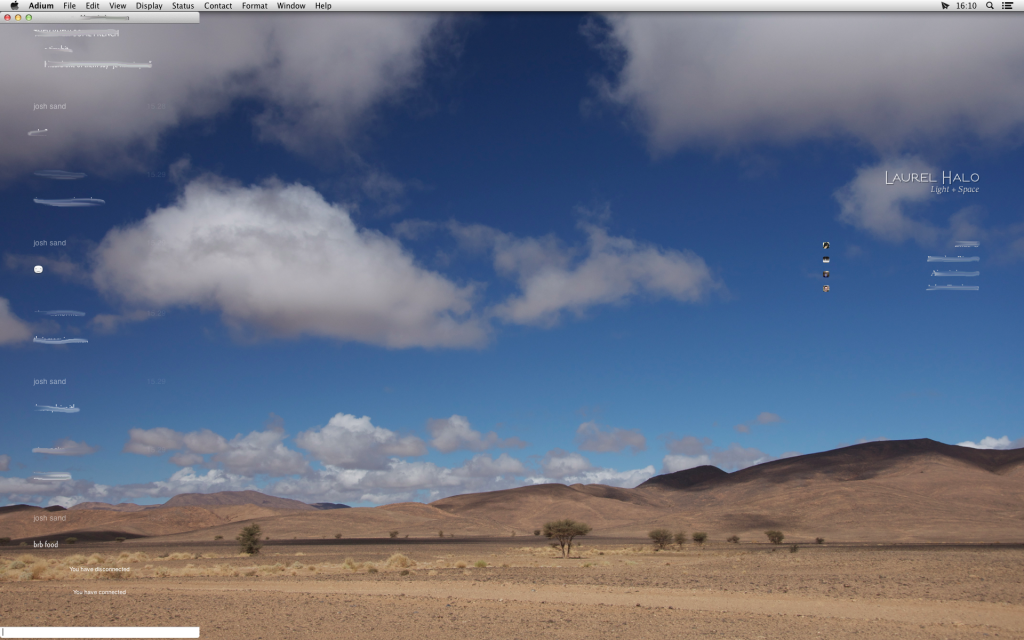 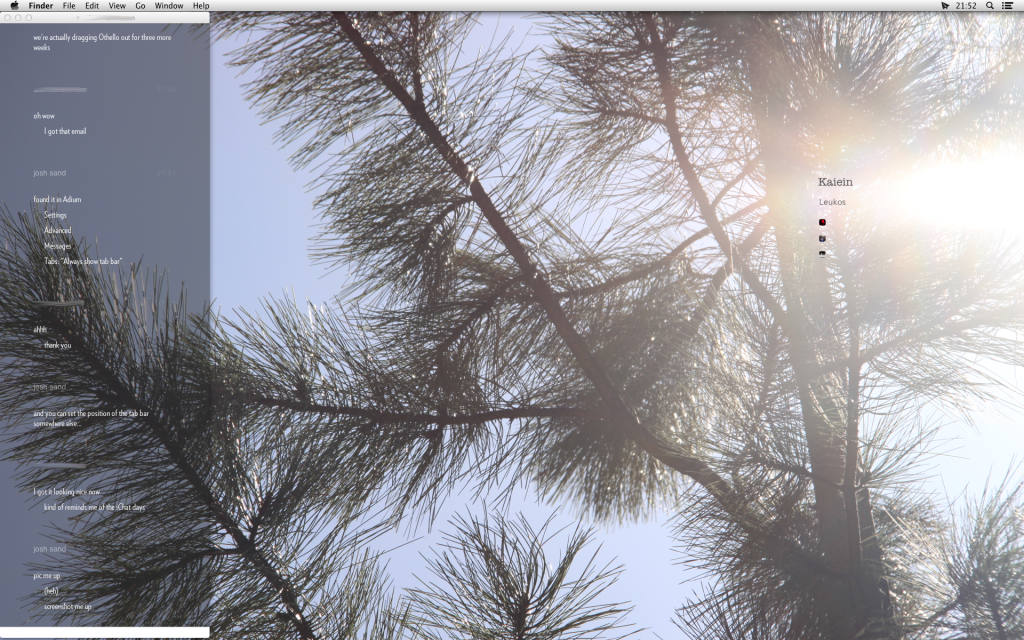 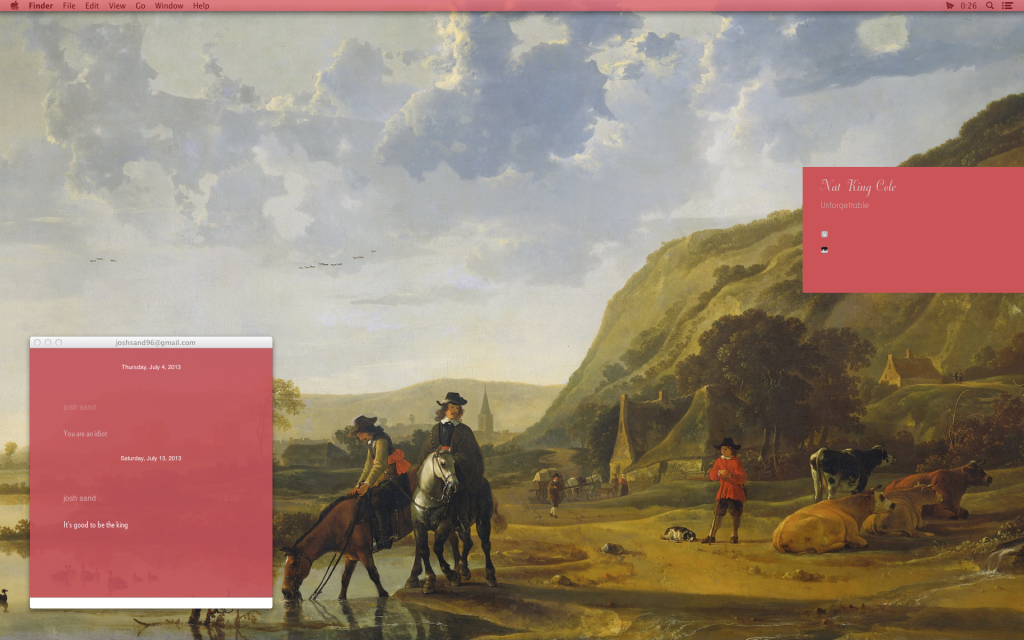 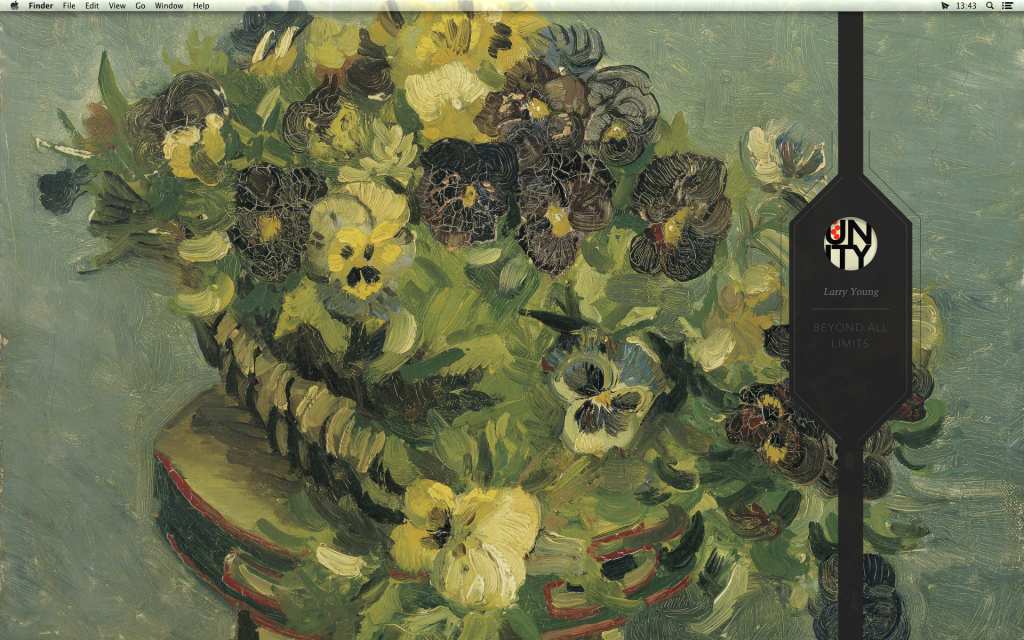 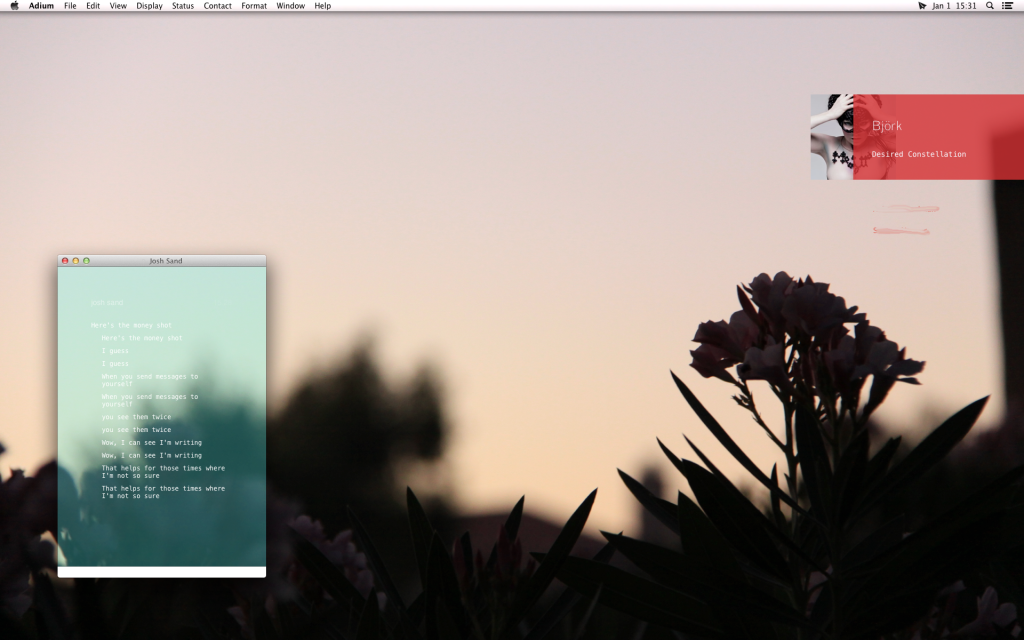 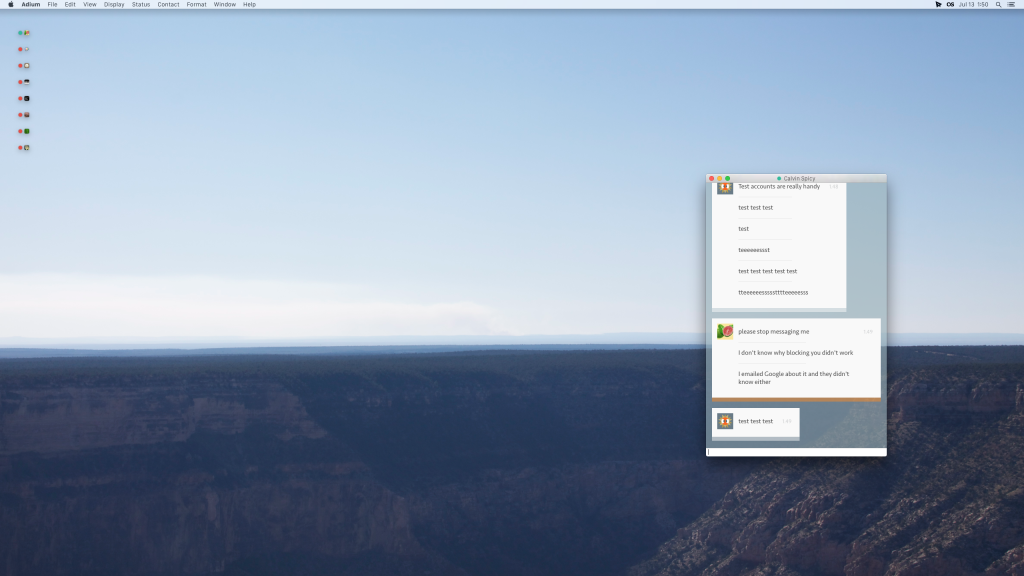